The Black Swamp Rifle and Pistol Club has a rich history of competition, from its beginnings with the Schuetzen rifle match’s to BR-50 match’s and the yearly Shoot-a-Rama events, and at one time there was always a match or some activity going on at the club. The biggest draw were the BR-50 matches which were one of the most popular forms of rimfire competition at the time. The club hosted many of the top shooters in the country including the legendary Bill Calfee. BR-50’s founder Larry Brown of San Diego, CA saw his match design peek in the early 1990’s, and after his death Larry took BR-50 with him to the grave.

It was at around this same time that the BR-50 match’s died out at BSRPC. Left over BR-50 shooters then moved to start the ARA (American Rimfire Association.). The ARA is still a big sanctioning body but ABRA (Automatic Bench Rest Association) founder Joe Chacon wanted to introduce a rimfire match sanction that would be low cost, and available for all to shoot in. With Joe’s love and interest in semi automatic rimfire rifles the ABRA was born in January of 2014. Since then the ABRA has been growing at a fast pace. BSRPC makes the 6th club that will be shooting ABRA sanctioned match’s with other clubs in Texas, Georgia, Wisconsin, Virginia, and Kentucky. 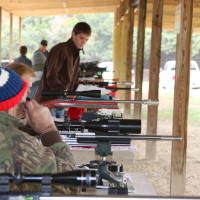 Photo from a recent ABRA match in Texas.

The beauty of the ABRA is that a shooter can get involved and compete at a low cost. With the design of ABRA’s factory class a person can go to any local store that carries firearms and purchase a base model Remington 597, Ruger 10/22, Savage 64 or any other off-the-shelf semi-automatic 22 rifle for around $200 and have a competition ready rifle for factory class. Joe Chacon has told me that he has seen many shooters with a rifle go out and buy a cheap BSA scope for around $70 dollars and using a Caldwell rock rest for $70.00 and be very competitive, and win for having less than $400 in everything.

A shooter needs a front rest, rear bag, and a scope to be ready to compete. With the advancement of the internet, finding these items has become relatively easy and has forced retailers to be competitive with their pricing. I will list some of the retailers that have the items needed to shoot an ABRA match.

Maybe one of the best keep secrets in the shooting world is Protektor Model, making sand bags used from the beginner all the way up to the top pros. They have an internet web page and it is www.protektormodel.com. The 13A Rabbit Ear Rear Bag gives the shooter a solid bottom and rabbit ears that work well for match rifles at a bargain price.

There are several online retailers that sell quality front rests ranging from the Remington Shot Saver Front Rest to the SmartReloader SR300 or SR697 front rests (available on Ebay and Amazon) or one of the Bald Eagle rests available from www.bullets.com. The most popular and probably most familiar rest would probably be the Caldwell Rock available at many local and online sporting good retailers.  Sinclair International offers some of the best front rests in around and are priced accordingly.

BSRPC has some basic wooden rests available in the building which when combined with a few sandbags is really all a shooter needs to shoot the match besides their scoped rifle and ammunition.

The ABRA slogan speaks as it states “We automatically shoot X’s.”  I hope to see you all out at the match’s this year. 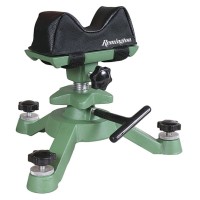 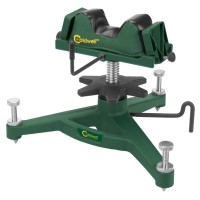 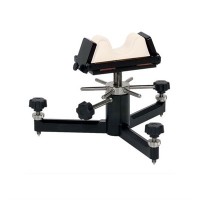 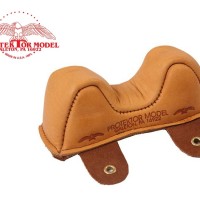